Justice for Our Children: A Public Hearing to End Abuse of Discretionary Youth Bindover

Speakers and Panelists at the December 6 Action, Justice for Our Children: A Public Hearing to End Abuse of Discretionary Youth Bindover 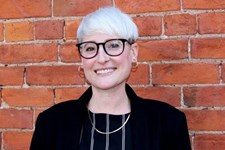 Leah Winsberg is a staff attorney with Children's Law Center, Inc. (CLC), where she advocates for justice-involved youth throughout Ohio and seeks to improve the systems that serve them. Prior to joining CLC, Leah worked as an attorney in the Juvenile Division of the Cuyahoga County Office of the Public Defender, representing youth in a variety of proceedings, including transfer to adult court. 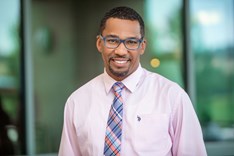 Ronnie Cannon has been with Towards Employment for over nine years, providing case management, support and coaching services. In his current role as community engagement manager, he connects with members of the Greater Cleveland community to provide information about Towards Employment programming. Ronnie's cornerstone passion is working with young fathers who have come through the doors of Towards Employment. He likes to showcase the Towards Employment career pathway model by using himself as an example.

Katherine Sato is an assistant state public defender in the Youth Defense Department of the Office of the Ohio Public Defender, where she represents clients in trial and post-disposition proceedings across the state. She also advises fellow attorneys on best practices regarding the representation of children in bindover and serious youthful offender proceedings. 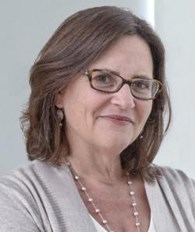 Gabriella Celeste is policy director for the Schubert Center for Child Studies at Case Western Reserve University (CWRU). She is co-director of the Childhood Studies Program and an adjunct assistant professor at CWRU's Department of Anthropology. Gabriella has been instrumental in juvenile justice policy reform in Ohio. In 1997, she co-founded the Juvenile Justice Project of Louisiana. 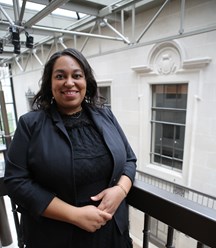 TaKasha Smith is the executive director and policy director of the Juvenile Justice Coalition, an Ohio-based group seeking to create community-based alternatives to youth incarceration. She most recently worked in Special Investigations with the Texas Department of Family and Protective Services.

Background Information Regarding the Action

Just what exactly is youth bindover?

In Ohio, a bindover occurs when a juvenile court judge transfers a youth's case to adult court to be tried and sentenced as an adult.

There are two types of bindovers in Ohio: Mandatory and Discretionary. In a Mandatory Bindover, the court must transfer a juvenile to adult court if:

GCC is focusing on Discretionary Bindovers because juvenile judges and the County prosecutor have a choice to bind over a child or keep the child in juvenile court.

In a discretionary bindover case, the court may transfer a juvenile to adult court if all the following are met:

How did we get to this place?

According to a study by the Human Impact Partners in 2017, a policy shift in the 1980s and 1990s was fueled by high-profile criminal cases involving youth, sensationalized coverage of system-involved youth by the media and crusading politicians who warned that juvenile “super predators” posed significant threat to public safety. As a result, the status quo position became “let’s get tough on crime” as opposed to treatment and rehabilitation.

Tough on crime laws criminalize youth and research shows they are ineffective. Today we are seeing that harshly punishing youth by trying them in the adult system has failed as an effective deterrent. Several large-scale studies have found higher recidivism rates among juveniles tried and sentenced in adult court than among youth charged with similar offenses in juvenile court.

Why GCC is acting on this issue

We value the important place our children have in our community today and in the future. Young people deserve a bright future, humanity, and fairness even when they have made bad choices.

Our faith calls us to work for justice when injustice and inequity abound. We believe that all human beings are made in the image of God and have the ability and capacity to change, thus we are committed to creating systems that bring out the best in our children while holding them accountable for the choices they have made, and investing in the resources to give them a chance to change and be a productive member of our communities.

Our extensive conversations and research have aided us in seeing the negative effects of Discretionary Youth Bindover for our children and our community.  We concluded that bindover does not reduce crime; in fact, it decreases community safety. Bindover of youth has serious negative consequences such as increased repeat crimes when individuals are released from prison and an increased chance of suicide. Bindover also deprives our youth access to a wide range of rehabilitative services offered by the juvenile court.

We value the tension of this moment: keeping our communities safe while having alternatives for youth who commit violent crimes. Our research has shown us that tools exist that are not being used to address serious youth crimes. We also know that putting youth in adult prisons does not lead them on a path for correction or rehabilitation. It creates more criminals and it costs taxpayers more money.

Advances in neuroscience show developmental differences in children’s decision-making, impulse control, and vulnerability to peer pressure. These advances also show that children’s capacity for change and rehabilitation is greater than for adults. In fact, most children grow out of delinquent behaviors as they mature. This is true even for youth accused of serious or violent behavior. Youth arrests are at their lowest point in over 40 years, including for violent offenses. Official juvenile court filings are at their lowest point since the 1960s. Juvenile cases filed in Cuyahoga County are down to about a third of where they were ten years ago.

What could be done differently:

America’s longstanding youth prison model — which emphasizes compliance, control and punishment — exacerbates youth trauma and inhibits positive growth while failing to enhance public safety. Not surprisingly, this model is fading across the nation. Having said that, transforming away from youth prison model – in essence, changing a public system – is grueling work.

GCC will focus its efforts on Cuyahoga County

Cuyahoga County Executive and County Council have a key role in deciding on the budget and policies for safety-net programs for County residents.

Juvenile Judges have the power to grant or deny a discretionary bindover requested by the County Prosecutor’s office.